‘Make sure that our children understand what makes this country great’

The patriots who have loved the ideals of America, rights given by God and freedom of religion and such, so much they literally gave their lives in its defense are without number, from the Revolutionary war, to the Civil War, to the World Wars and since.

Now, apparently, that sentiment is being lost.

So U.S. Sen. Josh Hawley, R-Mo., on Monday announced the Love America Act that is intended to promote patriotism in education and fight back against the spread of Marxist, through the anti-American Critical Race Theory being promoted by leftists.

“Over the past year, Americans have watched stunned as a radical ideology spread through our country’s elite institutions – one that teaches America is an irredeemably racist nation founded by white supremacists,” the senator said.

“Now it has found its way into our children’s schools. We cannot afford for our children to lose faith in the noble ideals this country was founded on. We have to make sure that our children understand what makes this country great, the ideals of hope and promise our Founding Fathers fought for, and the love of country that unites us all.”

It would require students to read the Declaration of Independence, Constitution and Pledge of Allegiance and recite portions of these foundational texts at certain grade levels.

By 8th grade they need to read the Declaration of Independence and recite the preamble, and by 10th grade, they should identify the Bill of Rights.

The bill finds that the U.S. has set the world’s standard for promoting democracy, freedom, liberty and virtue.

But students these days are being programmed with “misinformation” including that the core institutions of the U.S. are “racist.”

If enacted, it would specify that the policy of the U.S. is that students should “learn the truth about the history and documents relating to the founding…”

“No federal funds shall be provided to an educational agency or school that teaches that the Pledge of Allegiance, the Declaration of Independence, or the Constitution of the Untied States is a product of white supremacy or racism.”

In fact, some universities and public schools already are working on integrating the New York Times’ faulty “1619 Project” work into their curriculum, despite the fact it falsely teaches that the nation was founded to perpetuate slavery.

And the much-promoted Critical Race Theory, which teaches that if you are white you are guilty, and if you are not you are a victim, essentially derives its ideology from Marxism.
Source: https://www.wnd.com/2021/07/new-weapon-unveiled-battle-critical-race-theory-school/
Post Views: 784
0
Shares 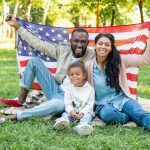